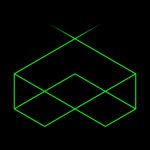 — a networked exhibition of contemporary digital art, based on the Pivilion network infrastructure. Pivilion is a continuous artist hypermedia community project aiming to support digital art autonomy and non-commercial non-censored distribution via the internet infrastructure.

@ pivilionm4ymic2y3c3skywpbpnjhonbmjdfltyaxnnmok22bbtw5qad.onion (via Tor) & The Wrong Biennale

#pivilion_dot_net is part of the #inqinc project, organized by Format C and supported by hacklab01, financially supported by the Ministry of Culture and Media of the Republic of Croatia, by the City of  Zagreb, Kultura nova Foundation as well as by project partners' resources.

is a visual artist, born in Split, 1980. She graduated painting at the Academy of Fine Arts, University of Zagreb. In 2009, she received her Master’s degree from The University of Edinburgh, Edinburgh College of Art in the United Kingdom.
She has been active in the Croatian and international art scene since 2006. Her work actively dissects human everyday life, examining the tensions between the individual and the social, politics and poetics, seeking the potential for change. Her practice is based on research (archives, literature, etc.) and collaborative work. She has won several scholarships and awards, including the Radoslav Putar Award of the Institute of Contemporary Art, Zagreb (2018).
She works as an assistant professor at the Faculty of Civil Engineering, Architecture and Geodesy, University of Split.
http://akuzmanic.com/

is a multimedia artist working in the area of experimental film and animation, drawing, installation art, street art and poetry.
In her work, she explores the themes of dreams, trauma and women's experiences.
https://www.instagram.com/andrearesner/

was born in Varaždin, 1985. Received her Master's degree in 2010 from the Academy of Applied Arts in Rijeka, interconnecting painting and body installations in the context of transhumanism, posthuman and cyberpunk.
For the last ten years she has been studying science fiction, her own health, the technological evolution, the digital sphere and the theories of the digital native / digital immigrant, as well as human relationship to technology, pop and hacker culture and the internet.
She is continuously developing the theory of the digital by participating in events in Croatia and via text-based work. Her multidisciplinary work consists of painting, installation art, photo sequencencing, clothing. She has exhibited at numerous group and solo exhibitions in Croatia, Serbia, Russia and Hungary.
https://www.instagram.com/_acherontia_styx_/

was born in 1987 in Sisak, Croatia. Graduated from the Academy of Fine Arts (MA) in Zagreb and received a Master's degree in economics at the Faculty of Economics in Zagreb (mag.oec.). Resided at the Academy of Fine Arts in Munich in 2014/2015.
She has participated in numerous art residency projects in Austria, Belgium, Greece, Norway, the Netherlands, Italy and Poland. She participated in the WHW Academy, generation 2019/2020. She exhibited in numerous solo and group exhibitions. Awards: HPB Grand Prix award at the 35th Youth Salon, finalist of Erste Fragments 12, winner of the RCAA young European award, Rector's award for independent artistic work.
She was recently selected as a finalist for the 20th Radoslav Putar Award - Young Visual Artists Awards, Institute for Contemporary Art.
https://ivanatkalcic.com/

is a multimedia artist, born in 1956 in Branjina, Croatia. From 1988 to 1991 she was a member of the informal art group Močvara/Baranja. From 1991 to 1993 she studied painting at the Accademia di belle arti Firenze. In 1997 she graduated painting at the Academy of Fine Arts in Zagreb.
From 2005 to 2010 she was a member of the Art Committee of the Baranja Art Colony, from 2005 to 2019 she was the head of the AŽ Gallery Atelieri Žitnjak / Zagreb. Since 2007, she is a member of the PLEH Art Group. In 2013, she participated in the 55th Venice Biennale, as a representative of Croatia with the project "Between Heaven and Earth" / curator Branko Franceschi /.
She lives and works in Zagreb as an independent artist.
https://issuu.com/katamijatovic

was born in 1991 in Pula. In 2016 she graduated from the New Media Department at the Academy of Fine Arts in Zagreb.
Collaborates as 1/6 of the interdisciplinary science and art collective Ljubavnice, with M28 and the Studio Pangolin Artist Organization.
Her work is focused in applied biophilia and internet nomadism. Spanning from poetry for stones to live installations, videos, films, voice overs and live art that thematize human relationship to systems, perceptions and materialities that surround us, her work seeks to understand natural processes outside and within the sensory.
https://www.fb.com/luana.odlokve

was born in Zagreb in 1990. She graduated from the Faculty of Architecture in Zagreb in 2015. Her two student works were awarded at the 53rd and 56th Zagreb Salon of Architecture. She has participated in award-winning architectural competitions, the most notable of which is Europan 15.
Her work focuses on the alternative climatic context and the unusual aesthetics of architecture.
She lives and works in Zagreb.
fb.com/mirna.udovcic

mastered Media Arts and Practice at the Academy of Applied Arts in Rijeka in 2015. She works in the fields of various artistic practices, as a visual artist, camerawoman, and editor.
In her work, she most often tries to betray the media inspired by the collective wilderness and the eluding realities.
She performs various experiments with Hrvoje Spudić, and is a member of the B.A.K.A. produkcija collective, M28 and the Exsperiment Platform.
She lives and works in Zagreb and Rijeka.
https://sarasalamon.net/

was born in 1993. An intermedia artist based in Croatia, currently interested in storytelling ecology, the ways narratives about nature are constructed, the subversive potential of mythological tricksters, and considering technology as one of the companion species to humans. Her work is often process-oriented, spawning iterations of itself that are then realized with other fabulators. She also collaborates on intermedia performance projects, often with the contemporary dance community in Zagreb.
She had three solo exhibitions, and many group shows, so, for a while, her work inhabited Pogon, Vladimir Nazor gallery, Hall V. of the Nikola Tesla Technical Museum, GMK gallery, Lipa memorial Centre, Greta gallery, the internet and other places. These works have taken the shape of installations, text, collections of objects, workshops, letters, costumes, virtual spaces and a range of mixes, mashups and negotiations between them.
She studied New Media Arts at the Fine Art Academy, and Journalism/Media Studies at the Faculty of Political Sciences, both in Zagreb, Croatia. She often distrusts the white box but enjoys making it darker. She’s good at finding objects lost in the streets. She likes to linger around exits and entrances. If she weren’t an artist, she’d be an archivist.
https://teutagatolin.wordpress.com/

a non-profit artist organization based in Croatia (EU), active in the area of visual and multimedia art.
The organization is focused in experimental new media, art infrastructures and non-profit collaborative cultural creation. Some of the activities Format C initiates or is involved in include • databending, multimedia and hypermedia art • digital ecology and large-scale artist collaborations • conceptualization, tech and mediation of cultural collaborations and events • free/libre ethics and open knowledge distribution.
The programmatic activities of Format C are of a non-profit, multimedia and transdisciplinary collaborative nature, based on contemporary (co)production art*tech strategies, realized via distributing knowledge and both – tangible and intangible resources.
formatc.hr

a space for contemporary and media art striving to positively redefine the position of the cultural periphery of the island of Korčula on which it operates, while understanding culture in the extended sense of the word, which includes daily practices, cultural and artistic production observed in a broader social and political context.
Activities include support and promotion of contemporary audio and visual languages of urban culture as well those from peripheral cultural positions, especially in the Mediterranean region, supporting and assisting the art that confirms the forms of expressions which use the languages ​​of contemporary art, media culture and new technologies.
sivazona.hr

one of the programs ran by the Association for promotion of cultures „Kulturtreger".
Since its opening in 2004, Booksa has hosted more than 500 Croatian and foreign writers at readings, book promotions, public discussion as well as many literary festivals such as Festival of European Short Story, Festival of Latin American Literature, International Festival of Contemporary Poetry Brutal, International Poetry Festival Goran’s Spring etc.
The club has more than 18.000 members. Booksa is a member of the European platform of literary festivals and venues Literary Europe Live. Since 2005 it has organized its own annual festival Review of Small Literatures which presented more than 150 writers from various countries.